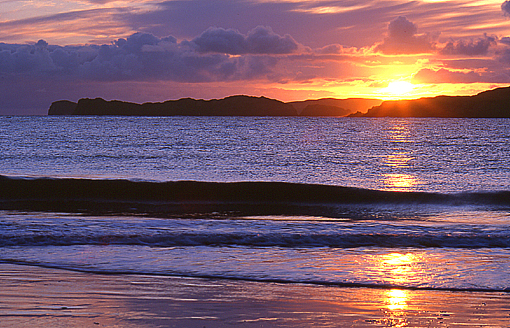 ‘TURNING THE STONES’ the title of the project has proven to be a successful venture attracting both local residents and visitors of all ages keen to learn of the history and tales of the area, specifically Knockan and Elphin, but also of the Parish of Assynt which endured it’s own sufferings of the 18th and 19th century Highland clearances .

The people, their culture, life and lore were rooted in their beliefs and rituals, common to all who crossed the threshold of the ‘black houses’: the smell of ‘peat reek’ from the open fires from which the smoke from a small hole in the roofs blackened the interior of the small one-roomed buildings.

The roof-trees – the wooden beam cut from the sparse woods which once spanned the gables providing support for the heather thatched roofs are gone but the remaining stone foundations, are yet still haunted with vivid imagery, tales and stories – music and local gossip lingering in the dry stone remains of the walls inspire the story telling of Griogair which he has researched from primary sources relevant to the area.

This re-telling and describing the history and life of those families whose sweat, blood and tears mingled with laughter, furrowed over with the earth over generations reaching back into Assynt’s past has proved to be an asset to the profile of Knochan and Elphin.

Meet at the village of Elphin Tea Rooms (off A837) – every Wednesday through the summer at 1:15pm.

No charge but donations are welcome 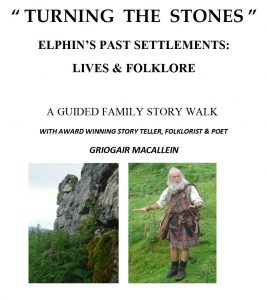