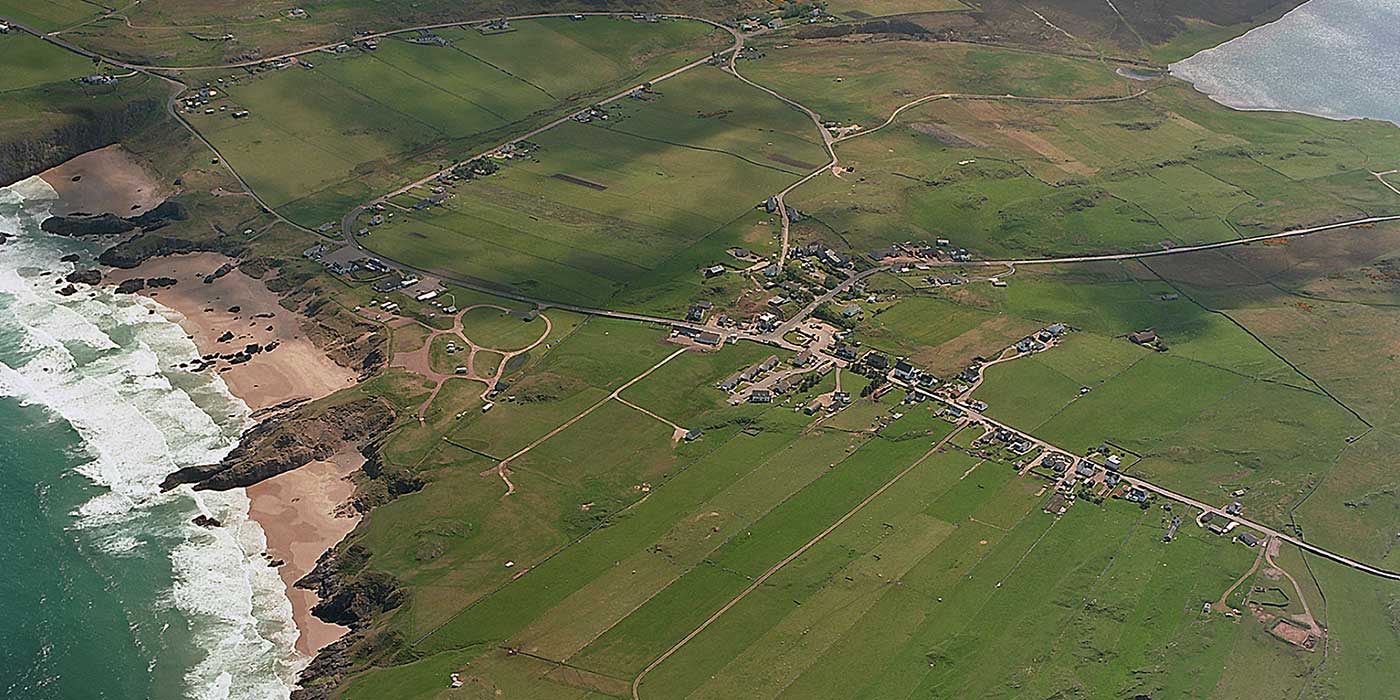 Ancestors and Archaeology in PrehistoryGradual beginnings…Archaeologists are still trying to find out when people first arrived on the landmass which became known as Scotland.  In Southern England there is clear evidence for human habitation some 700,000 years ago but this is a rare survival because, like everything else, their traces have been erased by subsequent glaciation.

It does however seem likely that as the ice retreated northwards and vegetation began to colonise the fresh, nutrient rich gravelly sand left by the last glaciers that animals would have started to graze further and further North. This provided the ideal conditions for hunter-gathering communities to explore newly opened up land.

We know that hunter-gatherers were living in the Western Isles and in Orkney between eight and nine thousand years ago, they exploited the sea-resources leaving piles of shells and organic debris called ‘middens’ but very little else.  There are shell middens recorded in the North West Highlands Geopark at Sandwood bay and Smoo cave but these are as yet undated.

Tombs for the dead, houses for the living?

As the hunter-gathering lifestyle began to give way to more settled farming communities and ideas, knowledge and technology from Europe and Scandinavia was traded, archaeological remains become much more obvious.  As well as traces of cultivation in the soils and houses, these early farmers built stone tombs and monuments across the British Isles. This is known as the ‘Neolithic period’.  In Scotland, especially in the North and West, stone was an incredibly important building material even as early as 4000bc (6000 years ago).  This was because wood timbers for building were incredibly scarce.  In the North West Highlands Geopark burial tombs known as ‘chambered cairns’ are dotted across the landscape from Scourie to Durness but cluster around Elphin and Inchnadamph.  The people who buried their dead here must have lived close by and yet their houses remain to be found.  Stone houses from the Neolithic era are often found in the Western and Northern Isles and some recent fieldwork lead by Historic Assynt has suggested that perhaps some of the ‘cairns’ in the North West Highlands Geopark could potentially have been mis-identified but precious little research has been carried out and so we simple don’t know.  Find out more on Assynt Archaeology.

Cultivating the land, improving the soil and making a home

Gradually, technology and culture changed and archaeologists working in Scotland generally agree that communities had become sufficiently influenced by new ideas to be considered ‘Bronze Age’ by about 4000 years ago.  The distinction comes mainly through architecture, every-day items such as pottery and beliefs about what to do with the dead.  In the North West Highlands Geopark one enigmatic piece of architecture stands out in the Bronze Age landscape: the Burnt Mount.  No-one knows what burnt mounds were used for, they are usually horse-shoe shaped and found next to a river.  They contain a hearth and lots of burnt material, mostly ash and charcoal, but never food debris.  Theories for their uses range from Saunas to Whiskey stills!

Domestic architecture follows a relatively clear evolution in the North West Highlands Geopark thanks to radio carbon dating carried out by community groups and universities.

There are more than 30 ‘hut circles’ recorded in the region. These are individual houses, circular in shape with a central hearth and stone built walls constructed using local materials. So in the South of the Geopark they tend to be made of sandstone whilst in the North they are constructed using gneiss, quartzite and limestone. This would have produced a distinctive local character – someone living here during the Bronze Age would probably have been able to tell where they were just by looking at the buildings.  Hut circles usually occur with adjoining field systems.  In the NWH Geopark many have been radiocarbon dated and so we know to expect a Bronze or Iron Age date for these buildings. http://www.wedigs.co.uk/c14results.htm

Architecture developed as society changed during the Iron Age and people began building Complex Atlantic Roundhouses and Wheel houses.  Atlantic roundhouses include the impressive broch towers.  There are at least eight Brochs recorded in the NWH Geopark, but only one has been excavated, the Broch at Clachtoll.

A wheel house is a circular, stone built structure with internal stone dividers, very little is known about them but a rather impressive example can be seen at Loch Eribol. Contact Highland Council Ranger Donald Mitchell for information.

By the end of the Iron Age society in Scotland was organised into a large number of tribes.  Whilst the Roman Empire was coming to an end elsewhere, Pictish culture was apparently flourishing although very little is known about these people. In the North West Highlands Geopark there is just one known example of Pictish artwork on Isle Martin, but that doesn’t mean Pictish culture was absent across the far North West, there might be many reasons for the lack of archaeological finds.

The Norse people came from Scandinavia and settled the North Atlantic including Orkney, Shetland and Faeroe Islands and Iceland. Norse place names like ‘Sutherland’, ‘Kinlochbervie’ and ‘Polin’ are abundant across the North West Highlands though often well mixed with Gaelic words. This must reflect a long history of Norse and Gaelic culture which has developed since the 9th century or so.

It would be great to have a map here with grid references and type of archaeological site marked on with a hyperlink to a page giving information.

The North West Highlands is full of opportunities for archaeological research, to date there are over two thousand sites or artefacts known to the Royal Commission on the Ancient and Historical Monuments of Scotland and yet only a handful of these have been properly investigated and still fewer subject to the full range of tools available to archaeologists.

The North West Highland Geopark encourages archaeological study, research into past environments and conservation of sensitive archaeology.  Some areas of research planned in the next few years are:

If you want to find out more take a look at some of the archaeological research connected with the North West Highlands.

www.discoverassynt.co.uk for what’s on in Assynt

www.mackaycountry.com for history and sight-seeing