The Highlands Controversy – Impact and Significance

The importance of these geological findings cannot be over-emphasised, and news of them spread rapidly throughout the geological community. In 1907, the Geological Society of London celebrated its centenary, marking the occasion with a week of activities culminating in a dinner. Geologists were invited from all over the world, and excursions laid on, including one to Edinburgh. The report records that ‘At the last moment, and at the urgent and unanimous request of those Visitors who had given in their names as joining the Edinburgh Excursion, it was agreed that this party should proceed to the North-West Highlands of Scotland instead’. The Assynt District in Sutherland was selected, with the special object of seeing typical sections of those powerful thrusts which produced great displacements of the strata in post-Cambrian times…..The members of the party, to their great satisfaction, walked for a quarter of a mile on the bare plane of this [the Moine] thrust, exposed in a small stream east of Knockan Cliff….Fortunately the weather was favourable, and the sections were seen to advantage.’

The significance of these findings also slowly filtered into the public domain. The Aberdeen photographer George Washington Wilson took and sold photographs of the area, including a view above the Inchnadamph Hotel of the Stronchrubie cliffs (which were much studied by those involved in the Controversy), and also the Traligill Thrust, as it is exposed on the River Traligill upstream from the Hotel, though he named this simply ‘Inchnadamph underground river exit.’ An album titled ‘1908 Summer Holiday photographs, A.S.J.’ has a rather less professional image of the same scene. It follows after snapshots of Ben Loyal and Loch Assynt, marked ‘Thrust plane, Inchnadamff.’ Whether A.S.J. geared his or her holiday around this site, or was simply guided there when staying at the hotel is not clear, but the public awareness of the unique geology has gradually increased over the years. 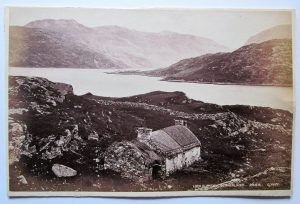 The history of the Controversy furnished an example to science of the need to be wary, whether questioning the views of a maverick , or of the establishment itself. In this case, the establishment got it badly wrong, guided by a powerful figure, Sir Roderick Impey Murchison, who had reasons beyond science for seeking acceptance of his ideas. Geikie, too, may have been a little blinded by the need to concur with the views of the man who was well placed to further his career, but the huge contribution these two men made to the science of geology should never be forgotten. James Nicol, the underdog, emerged from the Controversy with his reputation greatly enhanced. John Horne, writing in the Memoir of the Geology of the North-West Highlands, calls the paper Nicol read in 1860 a ‘remarkable contribution….that ought to be studied by all those who are interested…’ But in fact, it must be remembered that Nicol’s interpretation was not perfect either, as he was unable at times to tell the main rock groups apart in the field, and he thought there was an igneous rock associated with the major thrust fault. 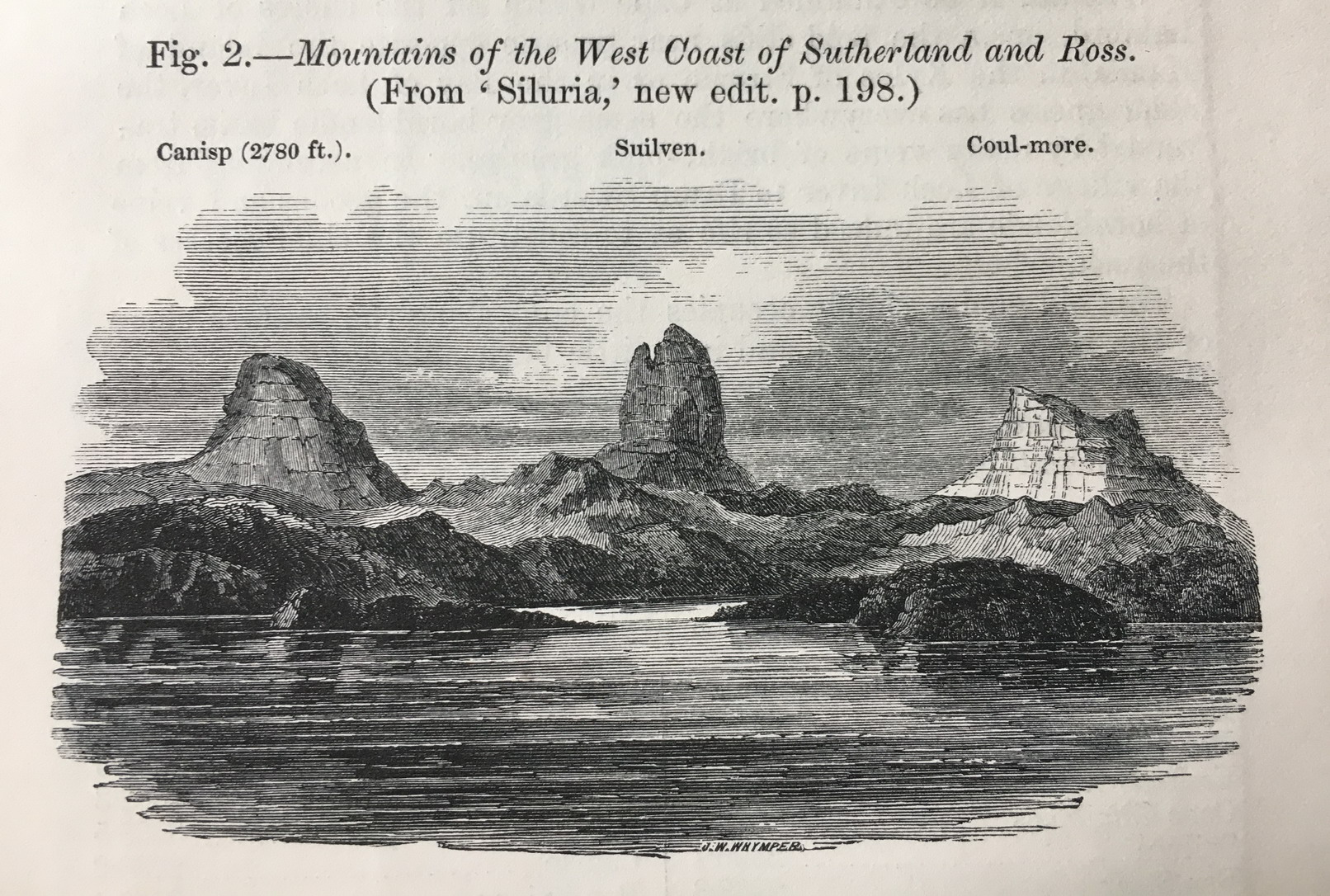 Perhaps our respect for Nicol is at an emotional, as much as a scientific level. Ever since visitors began to struggle up to the far North-West, they have been struck by the power of the landscape. General Roy, who oversaw the surveying for the ‘Great Map of Scotland’ in the 1750s thought the region ‘so very extraordinary in its nature, we may suppose some hundred of the highest mountains split into many thousands of pieces, and the fragments scattered about.’ Thomas Pennant, travelling in 1772, managed to get as far north as Ledbeg, where he found quarters, and rough hospitality, from a ‘gigantic and awful landlady.’ He would have passed under Knockan Crag. His reaction, then, to the landscape seems all the more pertinent: a ‘country that seemed to have been so torn and convulsed: the shock, whenever it happened, shook off all that vegetates.’ How tame in comparison seems Murchison’s concept of this most remarkable area of Britain, and how fitting that the region should hold the secret of a geological structure that is the wonder of the world.

Next : Understanding the Geology

Murchison’s Mountains of Sutherland and Ross