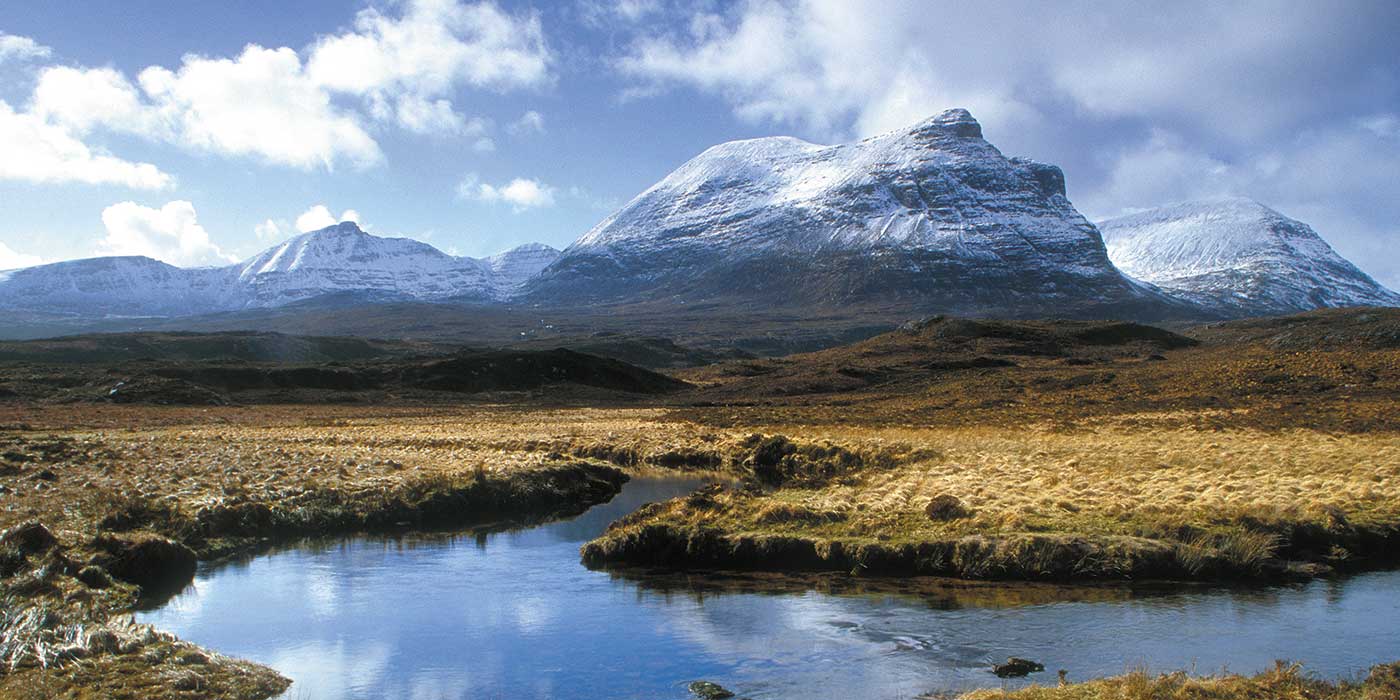 2.4 million years ago the climate cooled so dramatically that Europe was plunged into an Ice Age lasting until 11,500 years ago.

During this period the ice retreated and then returned many, many times creating the distinctive landscape we see today. Ice forming and building up on the northern faces of the hills created corries. Moving downhill, these ice rivers came together and acted like giant scourers, gouging out long deep valleys such as Strath Dionard. Some of these later became sea lochs or fjords. Loch Eriboll is a good example.

Some peaks called nunataks poked up above the level of the ice. As a result instead of being scoured down into a rounded shape the summit was subject to severe weather and water in the rocks froze and expanded causing frost shattering. This process left lots of sharp debris in the form of boulderfields on Arkle and Foinaven and created the craggy silhouettes we see today on mountains such asCranstackie and Ben Mor Assynt.

When the ice finally melted, huge quantities of debris was released from the melting glaciers. In the Stoer, Rhiconich and Durness areas,glacial erratics are an obvious feature. These are big blocks of stone carried far from their original location then left stranded when the glacier melted.

During melting, huge quantities of sands and gravels were released and swept out to sea forming the dune systems at Sandwood, the spectacular sands at Kyle of Durness and the many other beaches around the Geopark. As the weight of the ice was lifted, the land slowly rose again. Evidence of this can be seen in the raised beaches around the coast.