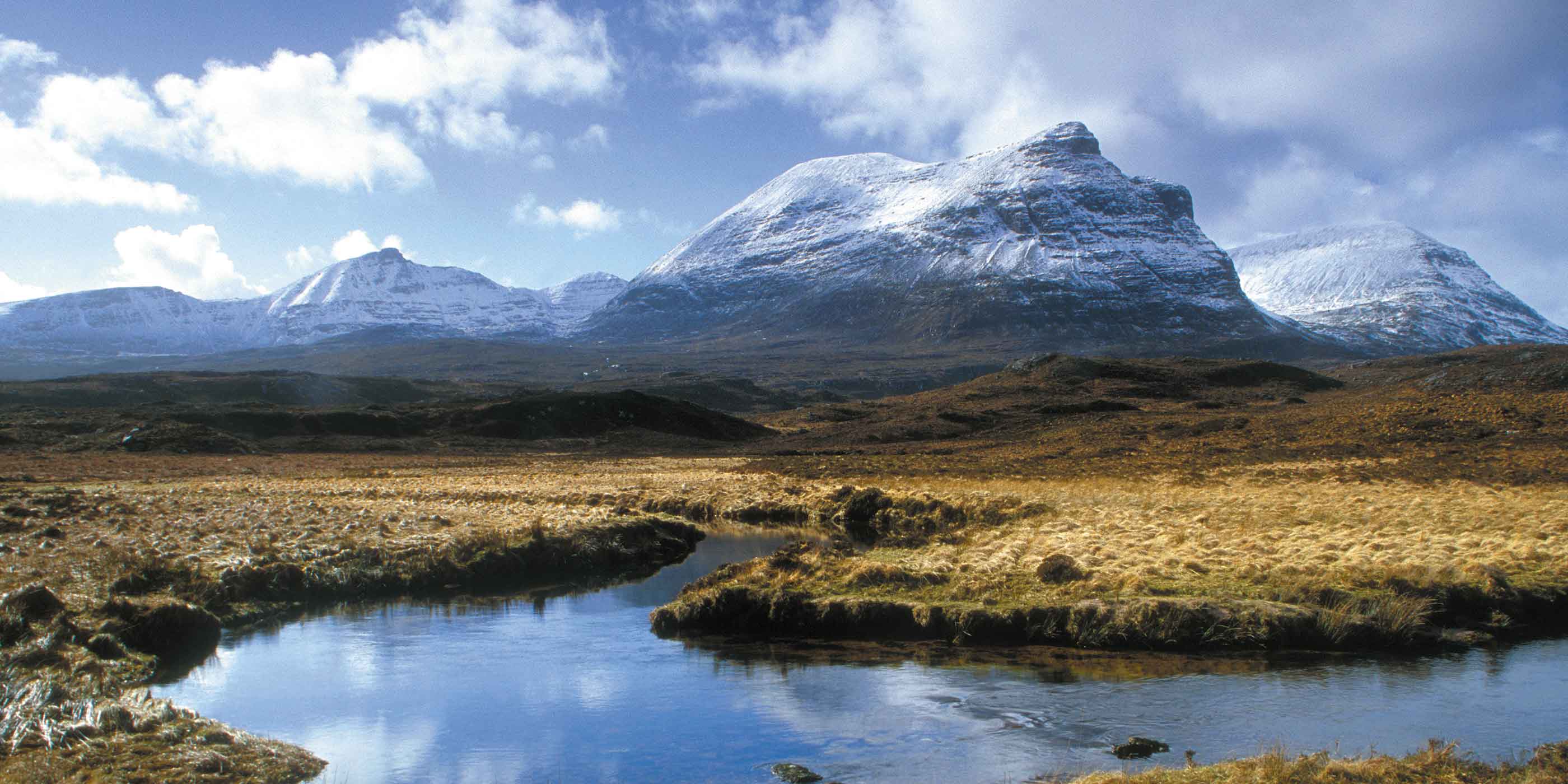 Although the ground beneath our feet seems solid, in reality the surface of the Earth is made up of a number of plates which float across its surface. When plates move away from each other this can create huge rifts, faults and volcanic ridges.

Over billions of years the world’s continents drifted around the earth. 500 million years ago Scotland was separated from England and Wales by the ancient Lapetus Ocean and for most of the last billion years, Scotland was joined to America and Greenland, separating 60 million years ago when the North Atlantic began to form. Over billions of years the rocks that now make up the North West Highlands were shaped by many climates — hot deserts, tropical humidity and several Ice Ages.

About 430 million years ago two ancient continents collided creating the British Isles as we know it today. This was the great crunch which created many of the distinctive Scottish mountains. Huge sheets of rock were pushed up to 100km to the west, creating the Moine Thrust. The effects of this thrusting can be seen at a number of locations in the Geopark such as Knockan Crag, Traligill, Loch Glencoul, Foinaven, Faraid Head, Eriboll and Whiten Head.