Our winter talks continue with Colin MacFadyen discussing the conservation of our geoheritage with special reference to the North West Highlands Geopark.

The North West Highlands of Scotland is a classic area of British geology. It represents an area of extraordinary geodiversity that has been key in the advancement of several areas of geoscience. The elements of geodiversity that we value for scientific, educational and touristic value are known as our ‘geoheritage’ and in common with other areas globally, is threatened in a variety of ways.

Fortunately in Scotland we have statutory mechanisms that can be employed to protect geosites of the highest conservation value. This can offer robust safeguard and scope for their positive management. This presentation will provide a distillation of the geoconservation approaches available in the North West Highlands and touches upon the challenges that geoconservation in remoter areas of the country can present. 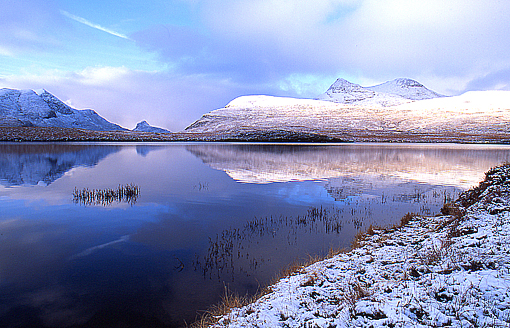 Colin is a  Geology Policy Advisor for NatureScot, Scotland’s Nature Agency and works in Edinburgh as part of a small team, whose role involves providing advice on the conservation management and enhancement of Scotland’s nationally and internationally important geological features within Sites of Special Scientific Interest and other statutory protected areas. Advisory elements of role extend to interpreting geology for the general public and promotion of Scotland’s geodiversity for education and tourism through collaborative work with external partners. Colin had key involvement in setting up Scottish Geology dot com website, and bringing about both the Scottish Geodiversity Forum and Scotland’s Geodiversity Charter.

Originally a  geology graduate from the University of Glasgow, Colin has undertaken research on volcaniclastic sedimentology at Mount Saint Helens and have a particular interest in Precambrian geology of the Inner Hebrides.
Colin also has involvement in the preparation of guidance on geodiversity matters such as fossil collecting which included managing the preparation of the Scottish Fossil Code, which was the first national code of its kind prescribed by statute.
Colin is currently the Scottish Editor of Earth Heritage, the long-running and influential landscape and geological conservation magazine.