Rise and Fall of the North West Highland Himalayas 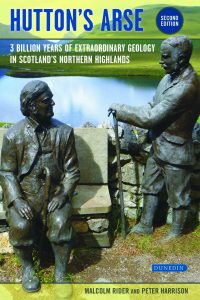 Peter Harrison has cooperated with Dr Malcolm Rider to produce a second edition of the unique book, Hutton’s Arse. One of the chapters looks at the controversy that surrounded establishing the theory of mountain building, here in the Highlands. The mountains within the geopark were once as high as the present-day Himalayas, as they were formed by a very similar process. Mind you that was over 400 million years ago! What we see today are the eroded roots of that mountain chain, that once extended through what is now Scandinavia, Scotland and the Appalachians.

Entrance the talk is free to Lochbroom Field Club members and £3 for non-members.  Children free.